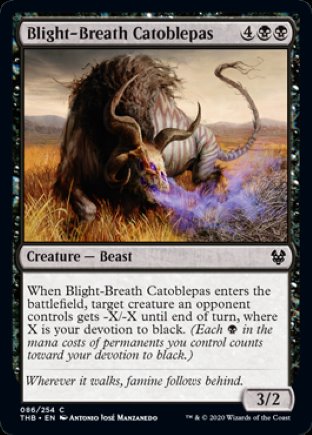 1/24/2020
The value of X is determined only as the triggered ability resolves. Once that happens, the value of X won’t change later in the turn even if your devotion to black changes.

1/24/2020
Mana symbols in the text boxes of permanents you control don’t count toward your devotion to any color.

1/24/2020
If an activated ability or triggered ability has an effect that depends on your devotion to a color, you count the number of mana symbols of that color among the mana costs of permanents you control as the ability resolves. The permanent with that ability will be counted if it’s still on the battlefield at that time.

1/24/2020
If you put an Aura on an opponent’s permanent, you still control the Aura, and mana symbols in its mana cost count towards your devotion.