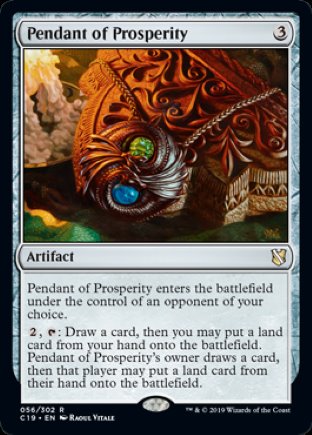 8/23/2019
Pendant of Prosperity’s effect doesn’t count as playing a land. It can put a land card onto the battlefield even if you’ve already played your land for the turn, and even if it’s not your turn.