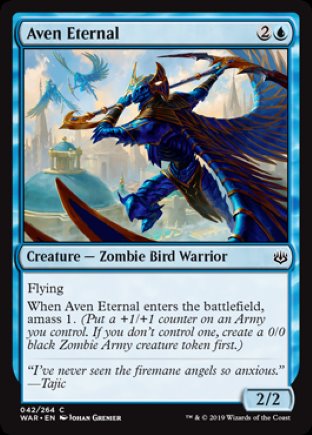 Flying
When Aven Eternal enters the battlefield, amass 1. (Put a +1/+1 counter on an Army you control. If you don't control one, create a 0/0 black Zombie Army creature token first.)

Ninja of the Deep Hours 2

Blink of an Eye 2