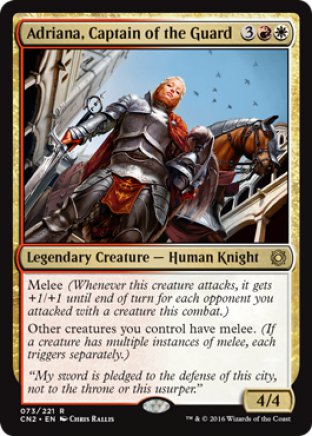 Melee (Whenever this creature attacks, it gets +1/+1 until end of turn for each opponent you attacked with a creature this combat.)
Other creatures you control have melee. (If a creature has multiple instances of melee, each triggers separately.)